Serving Odessa-Midland and the Permian Basin Since 1947

Time To Replace Your Water Heater? 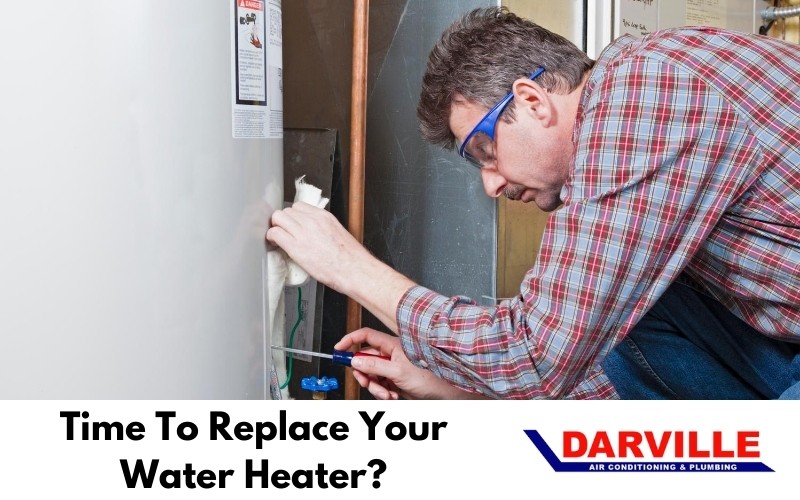 We’re in the middle of a long hot summer, so hot water might not be the first thing on your mind. But step into a cold shower, and you’ll quickly remember that hot water is a year-round necessity! Water heaters run great – until they don’t. That’s normally the only time most homeowners even think about them. In this post, we’ll take a look at some of the warning signs your hot water heater could show if it needs repairs – or replacement!

A water heater is one of those appliances that have a certain shelf life. If you don’t know how old yours is, check the serial number on the tank itself. It should be one letter, followed by several numbers. The letter corresponds with a month, so B would mean February, C would be March, etc.. The first two numbers represent the year, so 04 would be 2004, 14 would be 2014, and so on. If it’s still not clear how old the unit is, you can check the manual for further explanation. Bottom line: if it’s more than 10 years old, it could be time for a replacement.

Nobody likes the sign of rust on anything, but that’s especially true for your plumbing system. If you start noticing rust or a rust color in your water, that likely means there’s rust inside the tank. That will eventually corrode until there is a leak in the tank.

If you hear rumbling or banging in your pipes, there’s a good chance that it’s coming from your hot water heater. This can happen from hard water (common in West Texas) solidifying and the sediment hardening. Trace minerals in your water are fine, but when they harden you will see (and hear) that something is wrong.